While Ferneham Hall is closed for refurbishment, Havant Chamber Orchestra are using alternative concert venues.  This next concert is at Holy Trinity Church on West Street, Fareham, in which HCO has performed twice before, the last time being in May 2013.

The church is over 200 years old, with warm resonant acoustics that enhance the musical experience.  However, the seating is wooden pews, so for added comfort it may be worth bringing your own cushion!

Space is not as limited as it was in our first venue this season (Fareham URC) so this concert will make use of the full chamber orchestra rather than just strings, although last time it was quite tricky finding space for all the players.  Audience space is still somewhat limited, so anyone who doesn’t already have a ticket is strongly advised to book in advance (through TicketSource on the web or by phone, as described on the posters), which will also avoid the need to queue at the door.

We are particularly looking forward to performing the three cello works with Mikhail Lezdkan, who is well known as a local soloist, chamber musician and teacher.

The concert starts with the dramatic and energetic overture to Mozart’s opera ‘Don Giovanni’ and ends with Haydn’s light-hearted and joyful Symphony No. 101, known as ‘The Clock’ after the ‘tick-tock’ accompaniment to the melody of the second movement.

Our next Havant Symphony Orchestra concert is not the main concert on 21st March but a Sunday afternoon family concert on 8th March at Oaklands School, introducing local children to the experience of a live orchestral concert.  This is being supported by donations to the Peter Craddock Memorial Fund.  The main work will be the musical story of Paddington Bear’s First Concert, narrated by Jonathan Butcher and conducted by our bursary student Avi Taler.  Further details are in the poster below and on the Havant Orchestras website.  If you know any children who might be interested, please let them and their parents know about this special event!

Tim Griffiths (HCO viola) will be talking about the works in the concert, especially the Haydn ‘Clock’ Symphony.

We recommend taking seats at or near the front so that you can easily hear the speaker.  If you miss the start, please feel free to enter quietly.

We are not planning any pre-concert music at this venue as there is no suitable separate location from the pre-concert talk.

Stella Scott has been talking to Robin Browning about the concert.

We chose Haydn’s ‘Clock’ Symphony because it’s on a current A level syllabus.  However, a study reported (in May 2019) that the numbers taking this exam have fallen by 35% across the country.  As a passionate educator yourself, do you have any magic solution to offer to the current crisis in music education?

Well, that’s a tough one.  Ultimately, arts subjects such as music are increasingly marginalised within the curriculum, so there’s inevitably far less uptake by the time students reach A level.  Studies show time and time again that music brings incredible value to a youngster’s education, yet there’s less and less encouragement to work on it as a subject.  I see it all over the place, whether with youth orchestra members, teenage instrumental learners, and even at university level: a huge thirst for understanding what they’re playing, yet no clear way of quenching it, and insufficient opportunity for rigorous study of it as a subject.  My experience of working with undergraduate conductors is that, progressively over the years, their depth of musical knowledge has become more and more shallow.  I have to fill in more blanks than ever, things which were once covered during their pre-university study.

And if youngsters aren’t pursuing it at GCSE, then obviously, by sixth form, there will be less impetus to continue.  It’s all very well restricting curriculum to core elements, and hoping we'll produce world-leading doctors and lawyers, but we also need artists, poets and musicians.  I could say a lot about this, as I feel very strongly and I’m the first to agree that, yes, it is a crisis, but now is not the place to get too political!

What were your own early music education experiences like?  Did all your family play or were you unusual?

My father read a bit and sang in local choral societies.  Mum was a meandering pianist.  But both were music-lovers and I’m indebted to them for exposing me to Scarlatti and Sinatra from a very early age.  I started very late: only well into secondary school did I begin violin lessons, at age 12.  But I moved fast (leaving half my technique behind) and got beyond grade 8 by 15.  I was writing songs and playing in dodgy 80’s pop bands, too.  I was lucky in that, despite being at a relatively isolated rural comprehensive in Yorkshire, I had some inspirational music teachers who opened a vast array of doors in my mind.  But I guess I am a little unusual in that there’s no family line of artists or musicians.  I’m the only one I know, apart from a cousin who’s a minor rockstar in Canada.

Have any particular teachers inspired you?

So many.  My school head of music, as mentioned above, started me on the path to conducting.  I learned violin with Herbert Whone who was a bit of a legend, encouraging me to think about art, poetry, even buddhism and really instilling some core technique when I was a sixth-former.  Subsequently, people like Paavo Jarvi, Ben Zander and Sir Charles Mackerras have given me so much guidance and advice over the years.  I wouldn’t be the musician I am without them, not even close.

We’re performing this next concert in a church again, but a rather different sort of building to the last one.  What’s the best concert hall you’ve ever conducted in?

I’ve played in many across the world, but two stand out.  Firstly, the Dvorak Hall at the Rudolfinum in Prague: it has an intimate feel yet incredible acoustic.  You can hear so much detail yet the sound is always so refined, never strained.  And the other is Snape Maltings: again, partly for its kind acoustics, but mainly just because of how it feels and where it is.  Being able to look out of a dressing room window across miles of marshes, at Henry Moore sculptures, before walking onto a stage bathed in warm orangey light to conduct Britten is one of the great memories of my career. 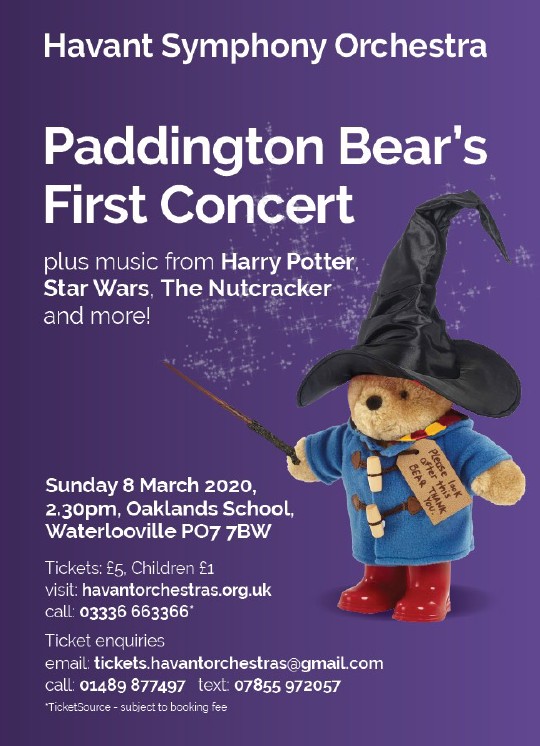 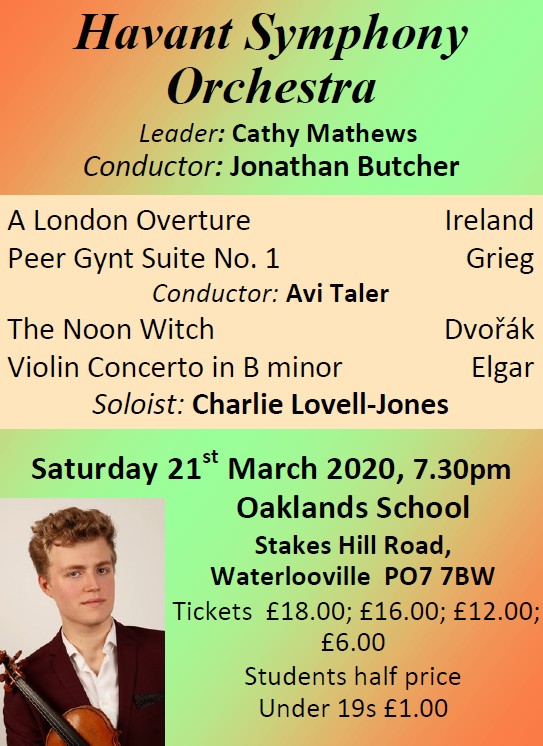 As you can imagine, organising HADOS concerts is fairly time-consuming and not without its challenges!  It’s all the more demanding on concert day, so we’d benefit greatly from more assistance from non-playing supporters.  If you’d like to help, or if you can encourage friends and family to do so, please do get in touch.

Helping any organisation in a voluntary capacity can give you useful experience and look good on your CV.  What’s more, you will get free entry to concerts!

What help do we need?  Here are some ways in which you could support us:

Age is no barrier and the only skills we would look for are reliability, a feel for good customer service and, in the case of stage management, a reasonable level of fitness and strength!

Volunteers should contact me preferably by email, at havantorchestras@gmail.com, or on 023 8026 1372 (leave a message and I’ll get back to you).  Thank you!