Peter was subsequently awarded the British Empire Medal (BEM) for services to music, especially as founder of Havant Symphony Orchestra and Havant Chamber Orchestra, in the New Year Honours List for 2015.

Peter unfortunately never regained full health and died in October 2017.  He is greatly missed by those who enjoyed making music with him.

Peter’s previous biographical notes have been retained below as background information. 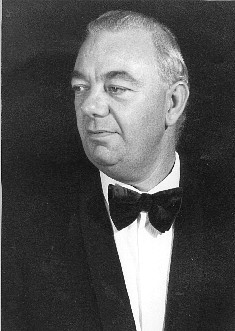 Learning the piano in Derbyshire from the tender age of six laid the foundation for a love of music that has coloured the whole of Peter’s life. An ATCL Piano Teaching Diploma before he left Heanor Grammar School was followed by a 1st class B Mus. at Leeds University and a Dip. Ed. at Reading University. He first came to Hampshire on teaching practice in 1957 and spent a term at Barton Peveril School (now 6th Form College) in Eastleigh.  This led to a teaching post at the newly-created Havant Grammar School with the opportunity to build up a Music Department from scratch. His years at Havant and later at Portsmouth Polytechnic and South Downs College introduced numerous students to music in its widest ‘classical’ sense and many to careers in varying branches of music.

Peter enjoyed choral music and joined Portsmouth Choral Union with his wife, Sandra.  He was soon appointed Assistant Conductor and then Conductor following the sudden death of Bertram Bradshaw.  His first concert was a daunting prospect – Bach’s great St Matthew Passion given in Portsmouth Guildhall as a memorial to the late conductor which involved double choir and ripieno, orchestra, continuo and five soloists.  Peter claims that all his concert nerves were used up on that occasion and he has never since had anxieties when conducting!

Two years later he was invited to start a Further Education class in orchestral playing and reluctantly relinquished his connection with PCU.  This, of course, was the beginning of Havant Symphony Orchestra.

Peter’s interest in music has involved him in reviewing music and records for magazines and BBC radio and reviewing books for major musical magazines including the new 20-volume Grove Dictionary for the Strad Magazine.  As a pianist he has organised and taken part in many chamber music recitals, played concertos and given solo recitals.

Since his retirement from lecturing and coaching, tennis, bird and butterfly watching and Mah Jongg have become contrasting leisure activities while collecting Langley Ware is a time-consuming but fascinating passion – not least because the pottery was produced a few miles from his home-town and several members of his family were involved in its manufacture.